How have we come to this?
I can’t fully  answer that, because I didn’t need network teevee blaring through my house to have been checked out during the commercial break — I have a smartphone. Checking out is super easy these days. Nearly everyone  in the western world has a smartphone.
The separation of body and soul is well underway.
(Continue reading, or listen––11 minute read)
Some people have called the buffoon in office a genius. Because he speaks below a fourth grade reading level. I don’t know how genius that actually is. But it’s certainly captivating audiences.
The president of this god forsaken country is currently grappling for his next hit… the State of the State Address.
Ratings.
If he gets it. Will you watch? Will you ignore that Boulder in your stomach and watch?
There will be big oil ads. Big pharmaceutical ads. Big industry will pay for those ratings. F*ck the Super Bowl.
Ratings baby.
He needs the stage. An he’s had a strong grip on it. We don’t have to pry his fingers from the mic… just turn it off.
Thom Hartman regularly reads an excerpt from a book, where he speaks about Nixon’s relationship with the teevee audience. About how it took an advisor to get him television ready so that he could go on to win the election. Before that, television hated Nixon.
It’s not rocket science. It’s actually as elementary as the fourth grade speech pathology trick—if you can keep the viewing audience captivated, they don’t even have to like what they see… you’ve got em.
If we look at it from the theory of Law Of Attraction with a little more depth than it was diluted and gobbled up by the people in ”the Secret”,  captivation by force is actually more effective when the people watching, hate what they see, ignore the pit in their stomachs and keep watching. People have become media hostages.
Just keep them watching the trash and ignoring the signs to DO SOMETHING different. Or, for that matter, that people ARE doing different.
Take that in for a moment.
We have learned to ignore the most valuable tool we have, our emotional messenger, and keep going. We have normalized the dull ache that comes when we separate from spirit—who is always guiding us. Whether we move with that guidance is the decider.
The media normalized the t-word’s disgusting behavior long ago with multiple seasons of the apprentice among other things. Living a reality teevee nightmare sucks.
Wake Up.
Now, as he drives the global economy into ruin and the environment into desolation and the hearts of too many into hollow shells, it’s just normal.
People are used to watching him fire people, they are used to the sick sneer of his voice. The self aggrandizing narcissism. Many already chose to watch it before it “mattered”.
The American  public has got a lot of work to do to disengage from the circus and reclaim our focus. If we don’t, get back to the real work, the image below will be reality even sooner than 2066. 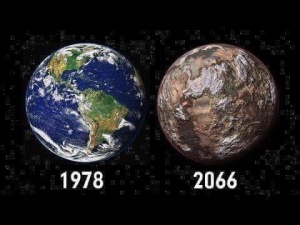 Pushing against this man isn’t taking any walls down, it’s not connecting us to eachOther any more… it’s tearing us apart.
Two years ago, at this time, the country’s women and their allies had taken to the streets to denounce the inauguration of what is proving to be the sickest perversion of the American presidential office. While on some levels, it was encouraging, the resistance was palpable. People were not gathering en mass, to strategize for positive change, they weren’t gathering in joy and hope, they were gathering in rage and response to this atrocity. They were heartened for a day or maybe a week, by the sheer volume of turnout and how it feels to be surrounded by so many women as we are all burnt out from the last gasp of patriarchal domination.
Many have stood up to make change. Community meetings erupted everywhere. And yet the fear is what drives many of these efforts.
And of course, we know, the first thing he did was sign off on the Dakota Access Pipeline.
Because
the rise in awareness, about the havoc extractive industry wreaks was on high, we had been gathering momentum, and people all over the world were mobilizing to shift things in a big way. That had to be thwarted in order to feed those industries. And boy did he do it. KXL is back in construction. Public lands being sold off, indigenous communities facing more devastation. The collective sinking of hearts with one scribble of the pen is still visceral.
And the teevee drones on in the background.
Within a year, the #MeToo movement was on high and more and more people were stepping up, mobilizing to change the systems. Now the Patriarchy is on blast and the grapple for power has been heightened.
And the teevee drones on in the background. 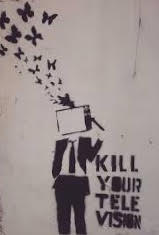 t wasn’t about resistance. It wasn’t about starpower. It wasn’t about blame or shame or any of the things that normally drive a western minded rally. It was medicine in a land where concerted efforts are made every day to commodity our souls and further grasp power and control.
Energetically, it  dwarfed the right to life rally that centered on removing the rights of women to care for our  own bodies, which was happening—yep—the day before the women’s march.
And many went home fulfilled and feeling like Beauty had landed. Because it did.
For others, a cocktail of pain was swirled up.
The catholic boys rolled up and drew even more attention to the lunatic rantings of five House of Israelites, who had been generally taking up less space than they wanted. One of our Elders, Uncle Nathan Phillips, brought the energy somewhere else, diffusing tension and changing direction.
Would the Indigenous People’s March have drawn national media attention had these kids not shown up?
Would the power of that march been stronger if the medicine had landed and the mainstream media ignored it? If they hadn’t blown it up as they did and then further marginalized the power by debunking their own original assessment of the situation and handing the power to the  sickness?
Were the chaperones directed to the Lincoln memorial to do just that? Were those children unwitting pawns?
We are all pawns on a bigger chessboard, and if we choose to keep our focus on the screen, we don’t even recognize we are being played.
 
El presiDONTe, in championing their behavior, has invited the covington catholic boys for a visit to the “White” house. Will they wear headdresses and blackface for photo ops in the oval office?
The grapple for the mic is happening before our eyes.
The Ghost dance wasn’t outlawed because they didn’t want indigenous people having fun. It was outlawed because of the power that ceremony possessed. And still does. You can feel the fear that prayer stirs in the hearts of people who seek to instigate the destruction of spirit in the eyes of the oppressor. Remember Standing Rock? Yeah.
Me too.

It is not my intention to ruin anyone’s day with what kept me up tossing and turning last night.
I do believe we can shift this focus to what moves us to make the change.
It gets worse before better in this society. We have been trained to need pain to drive gain. To hit rock bottom before we get it.
We have been
Captivated long enough.
Find someone today who you can love… Who you believe in and honor them. Share what you can with someone.
Eat together. Look eachOther on the eyes. Hold eachOther.
Remember what it feels like to be in connection.
We need a reboot. And it is going to come from connection and relationship. With eachOther.
If you have a way to connect to the Mother. Do so.
Put your bare feet in the snow.  Touch the bark of a tree.
Notice how strong it stands even in the highest winds.

We have so much to give and love and grow with.
And our focus is key.
What can I love?
Who can I adore?
How can I give something to someone that makes them root in their own beauty?
Those are my questions today.
I will leave you with this poem by Mary Oliver, may she rest in brilliant power.
“I don’t know exactly what a prayer is.
I do know how to pay attention,
how to fall down into the grass,
how to kneel down in the grass,
how to be idle and blessed,
how to stroll through the fields,
which is what I have been doing all day.
Tell me, what else should I have done?
Doesn’t everything die at last, and too soon?
Tell me, what is it you plan to do
with your one wild and precious life?”
~Mary Oliver
(Shared with me this morning  by my sister Vera Chalambert… just in time…)
And a song…

2 thoughts on “The captivation of the american psyche”